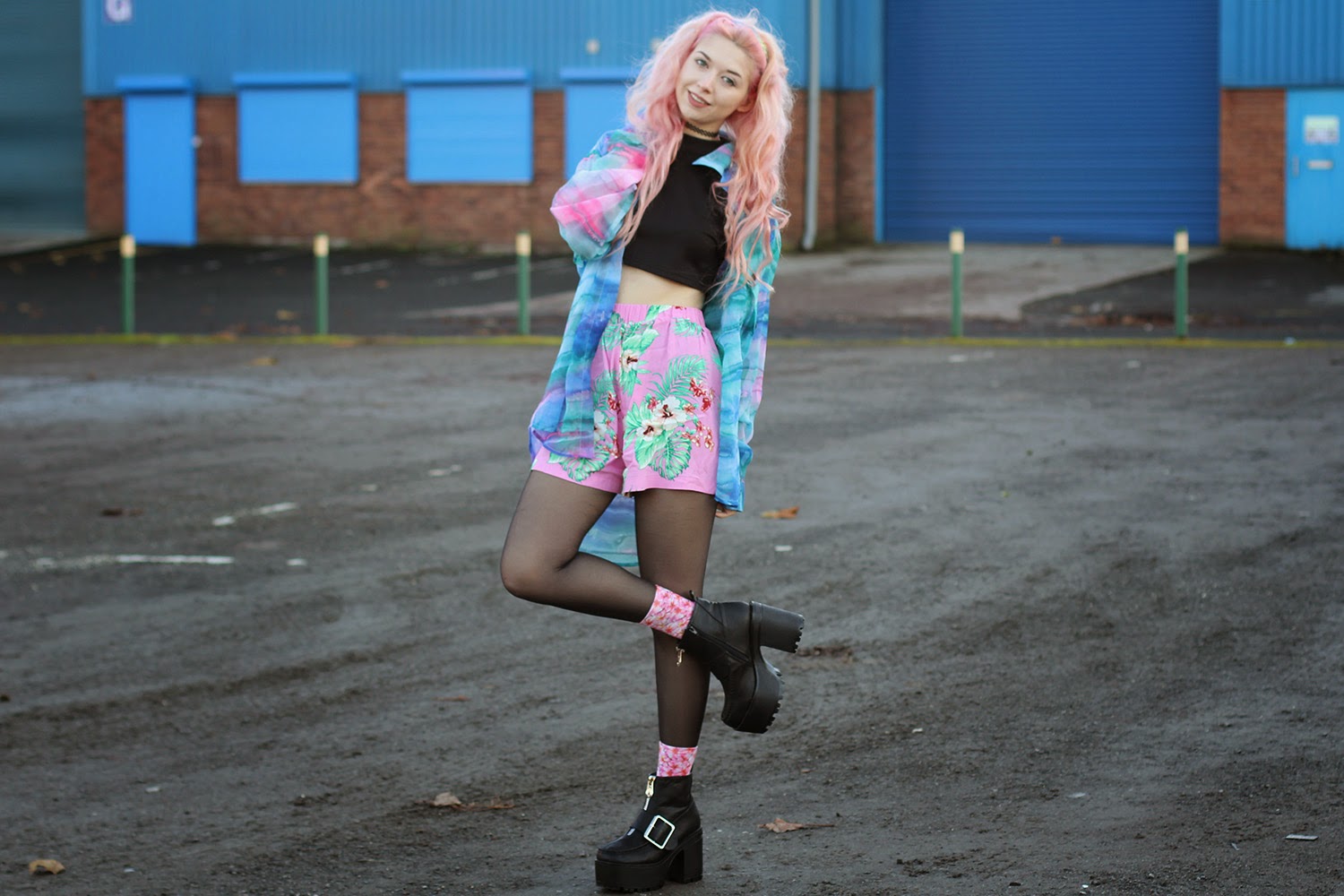 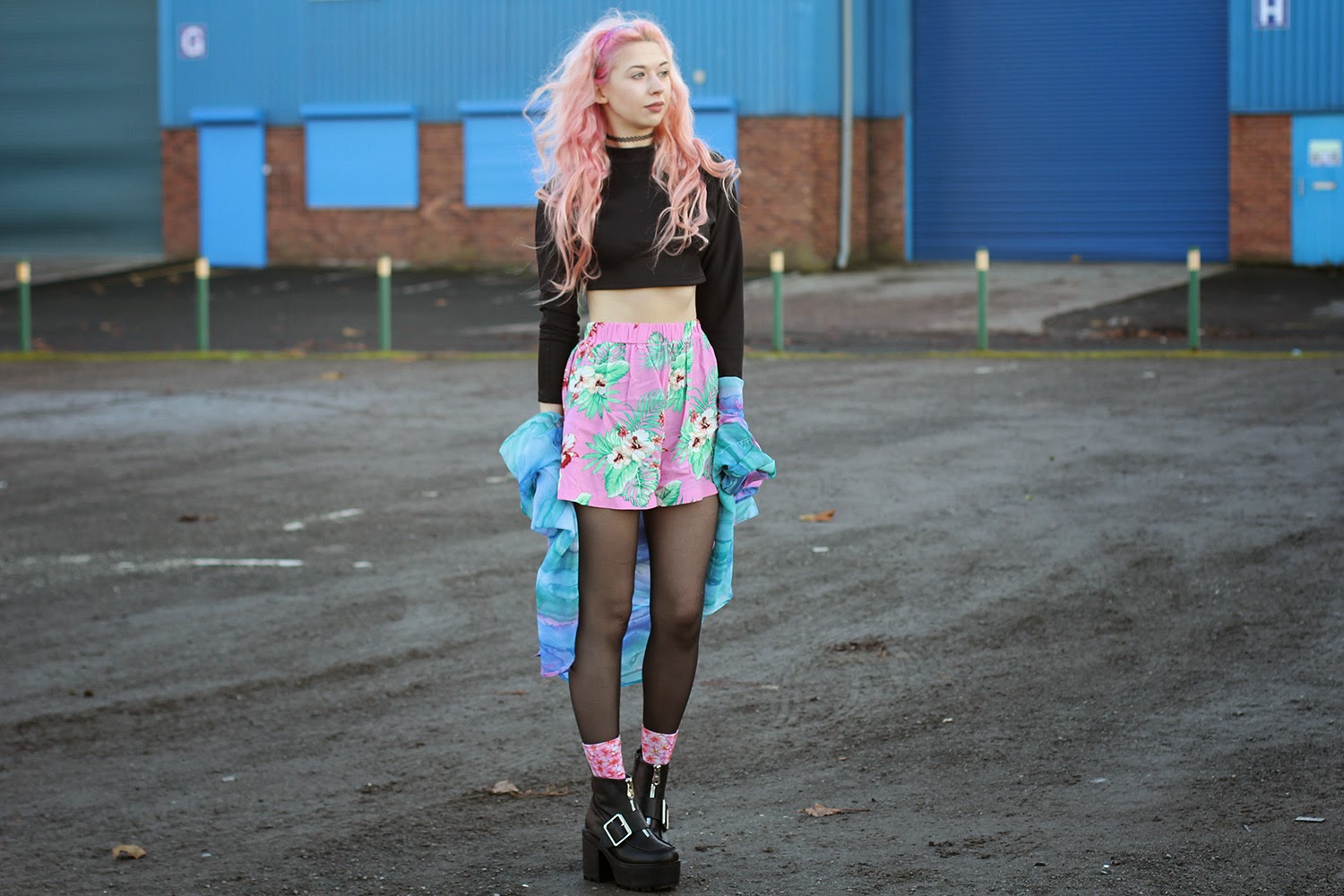 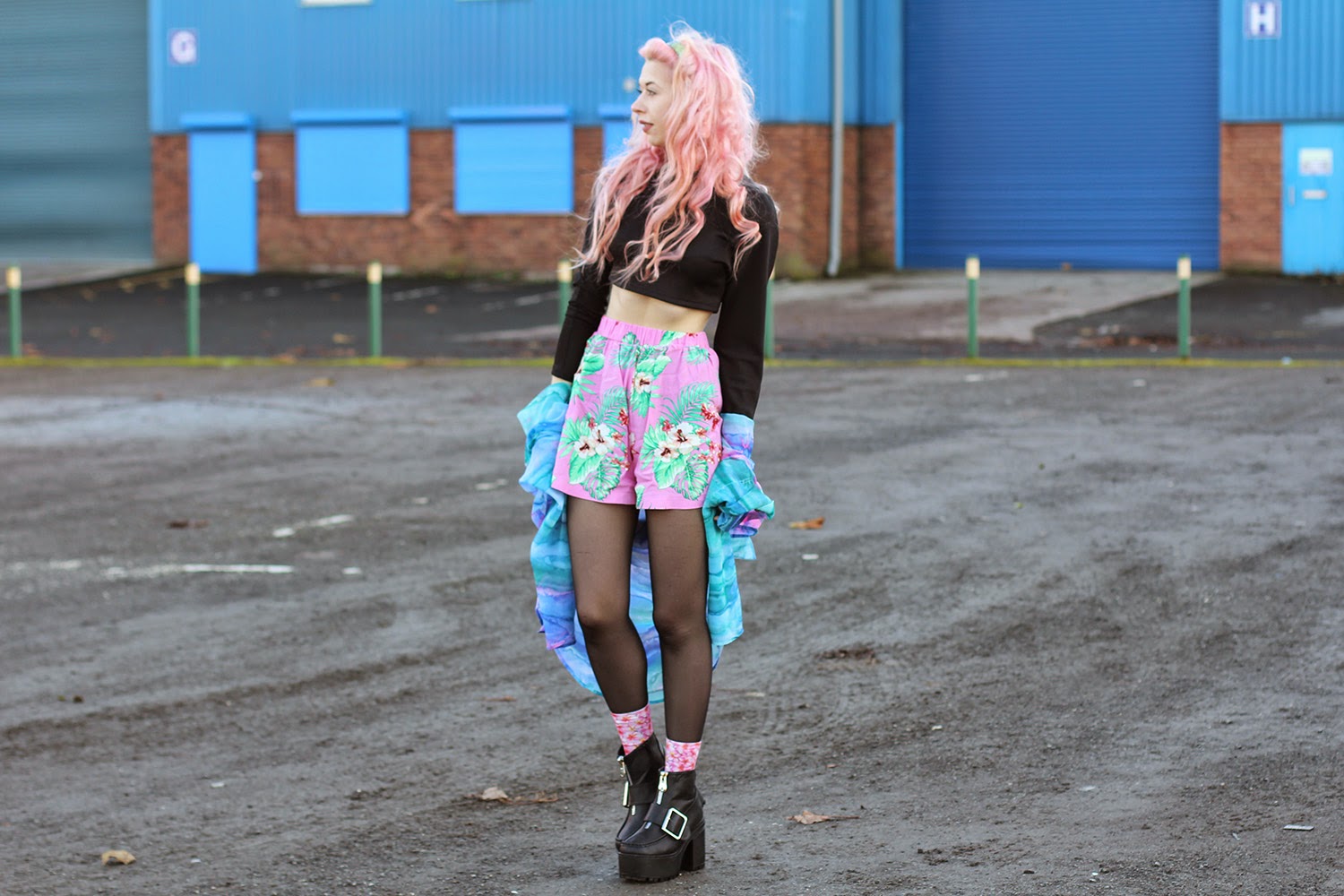 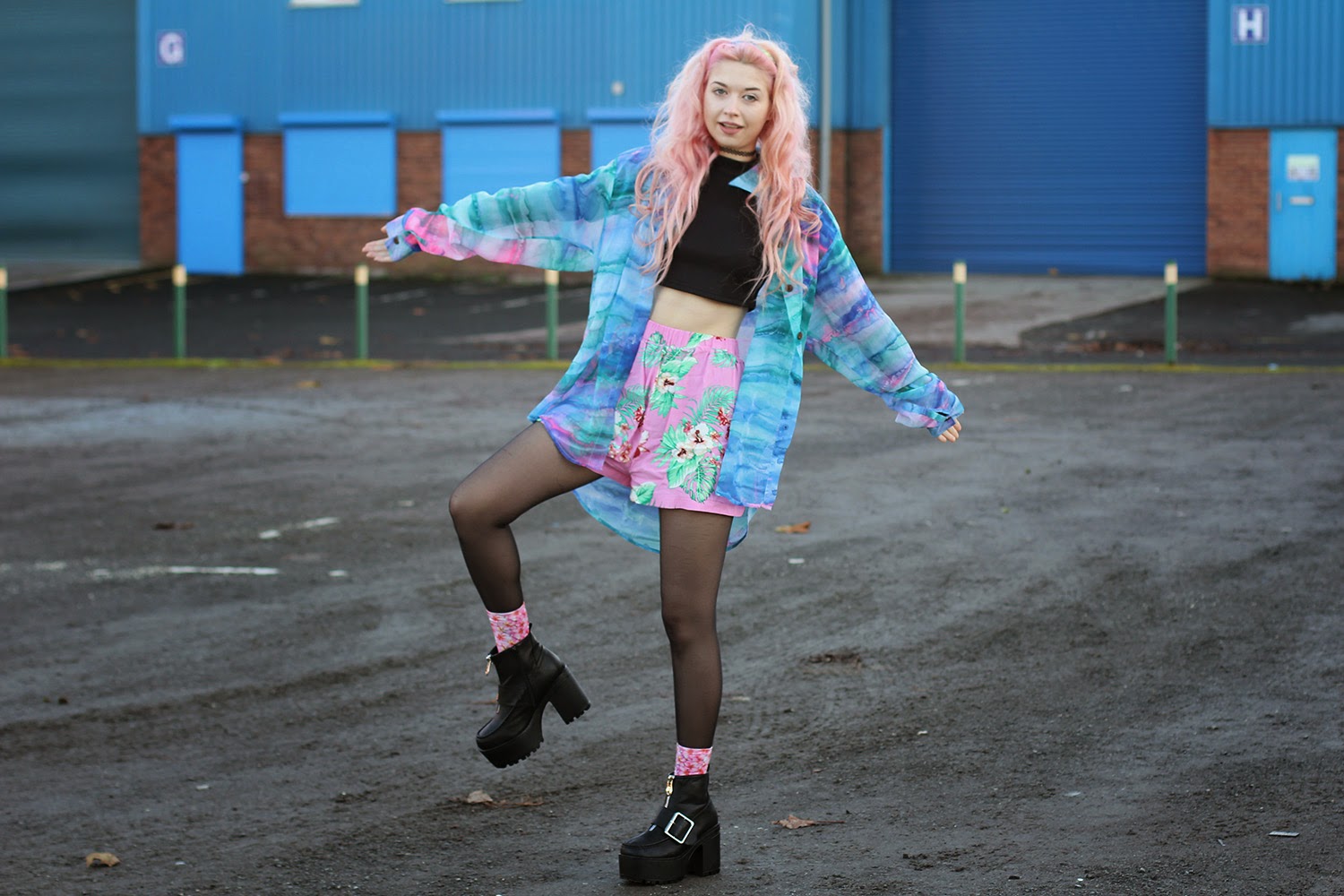 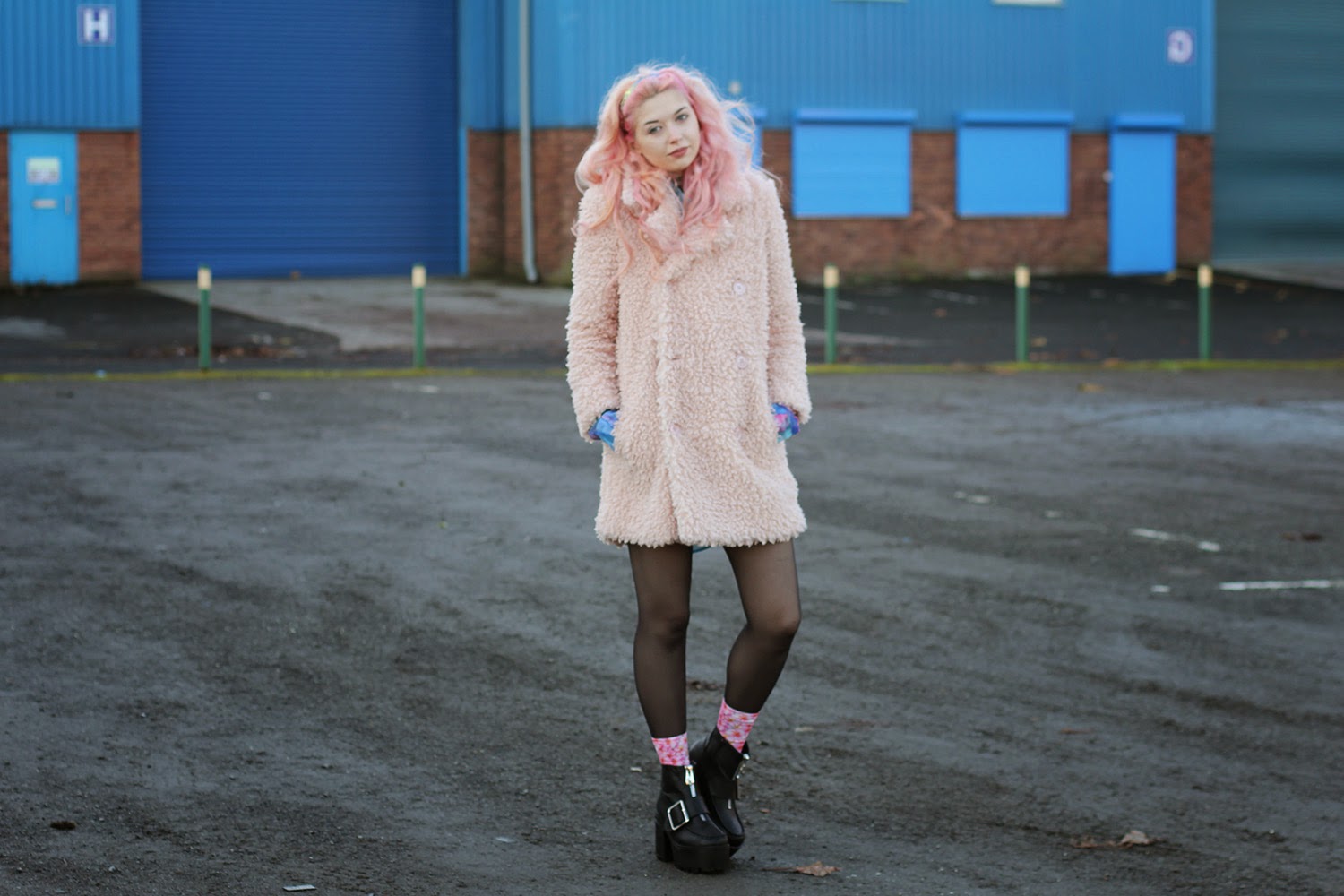 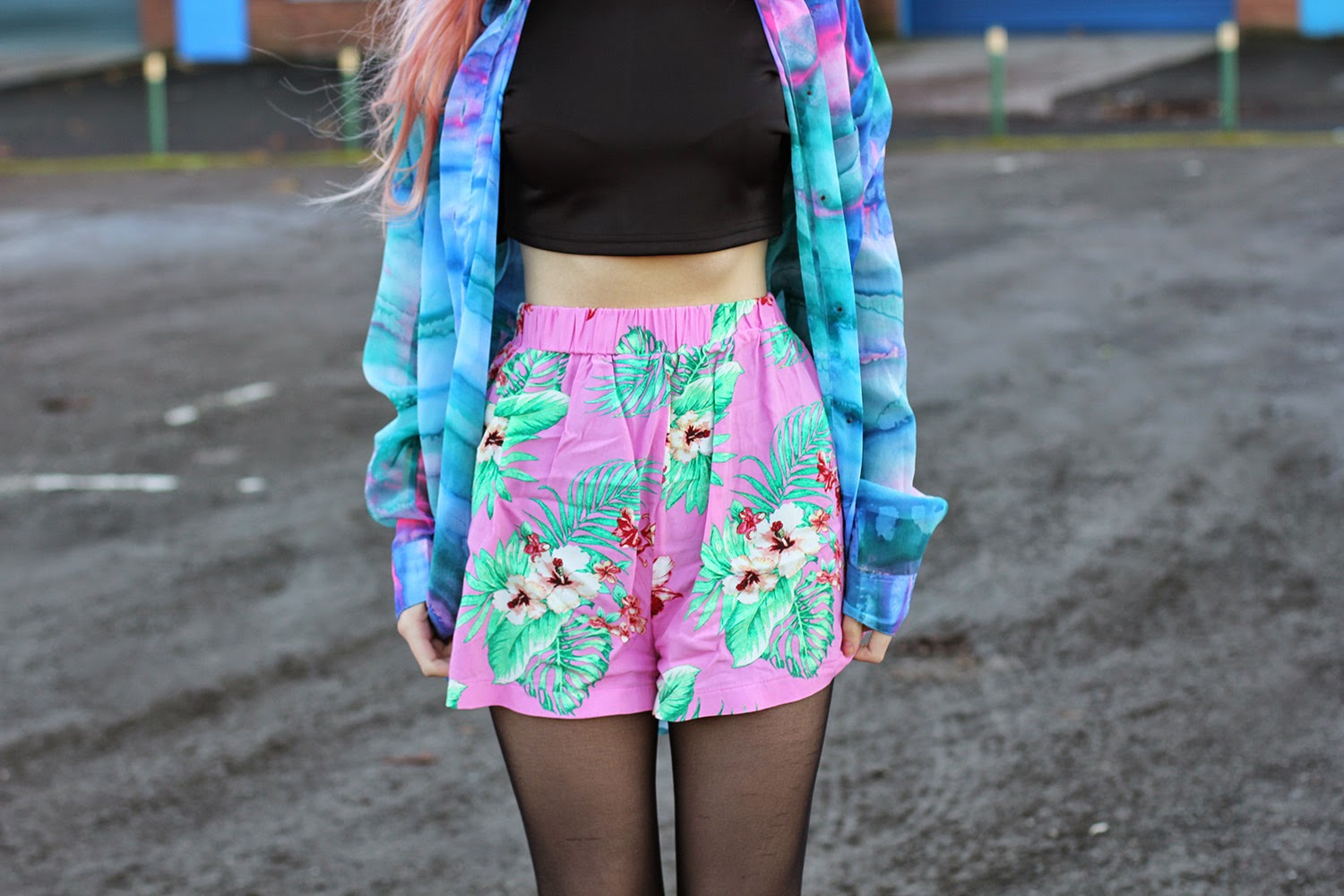 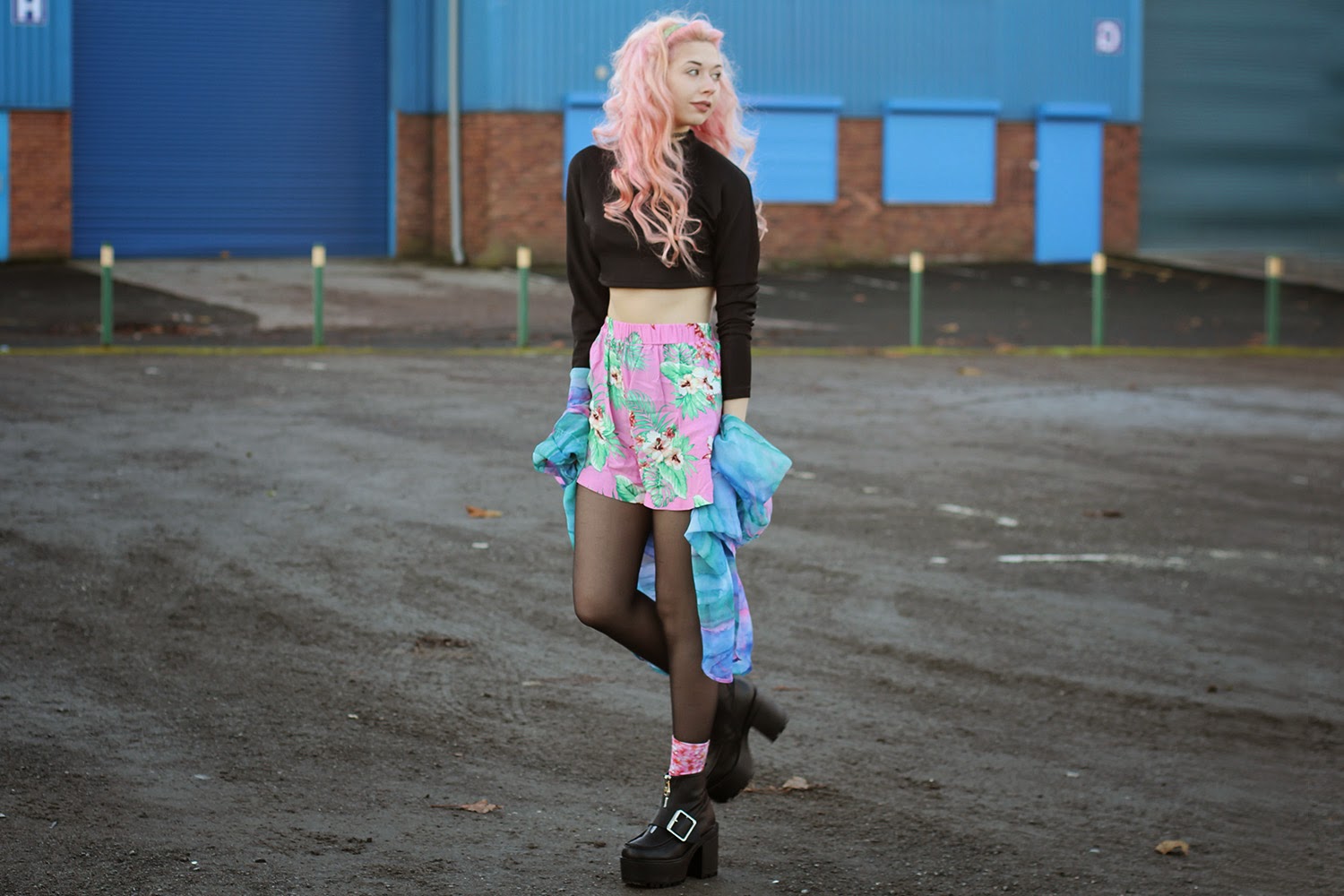 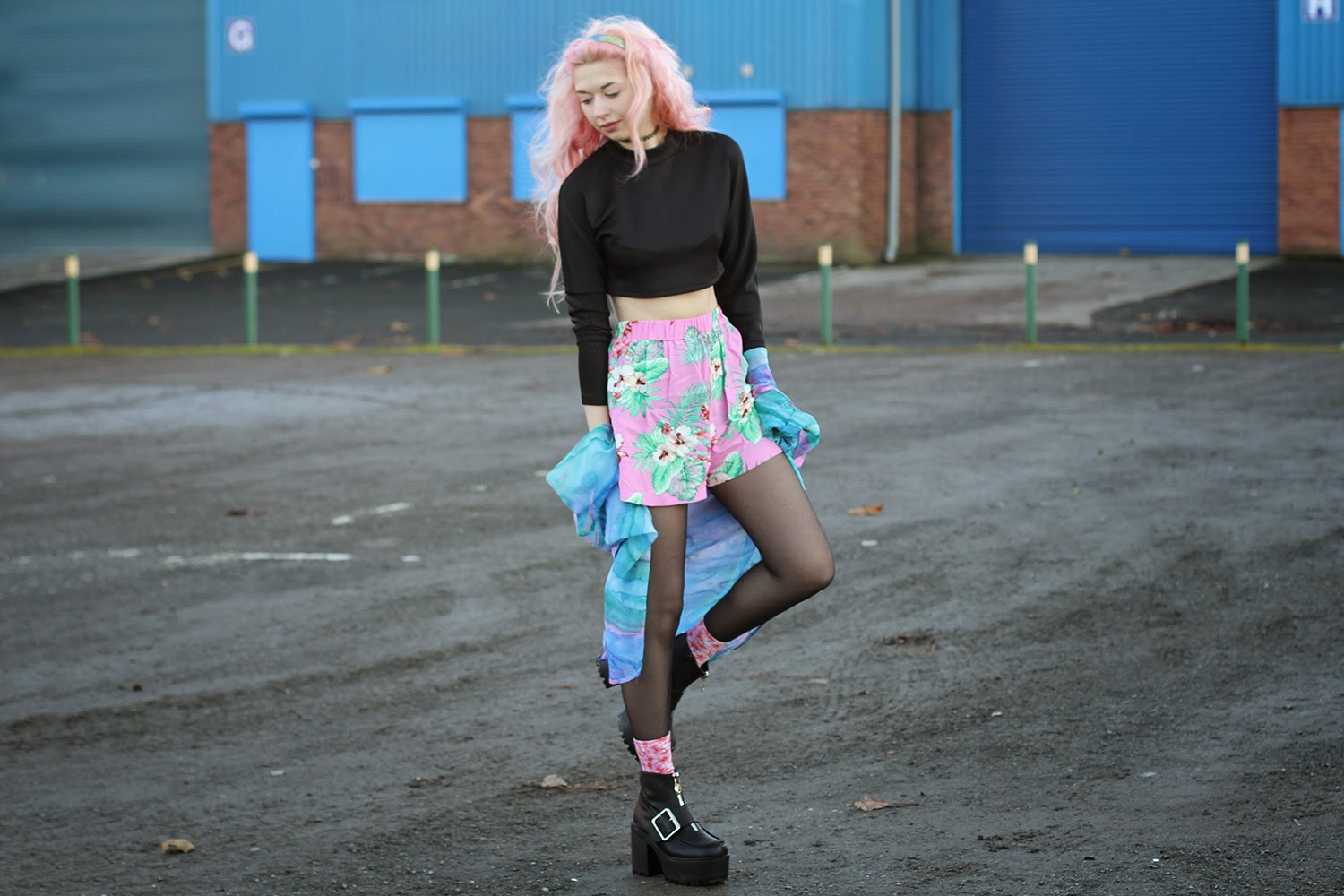 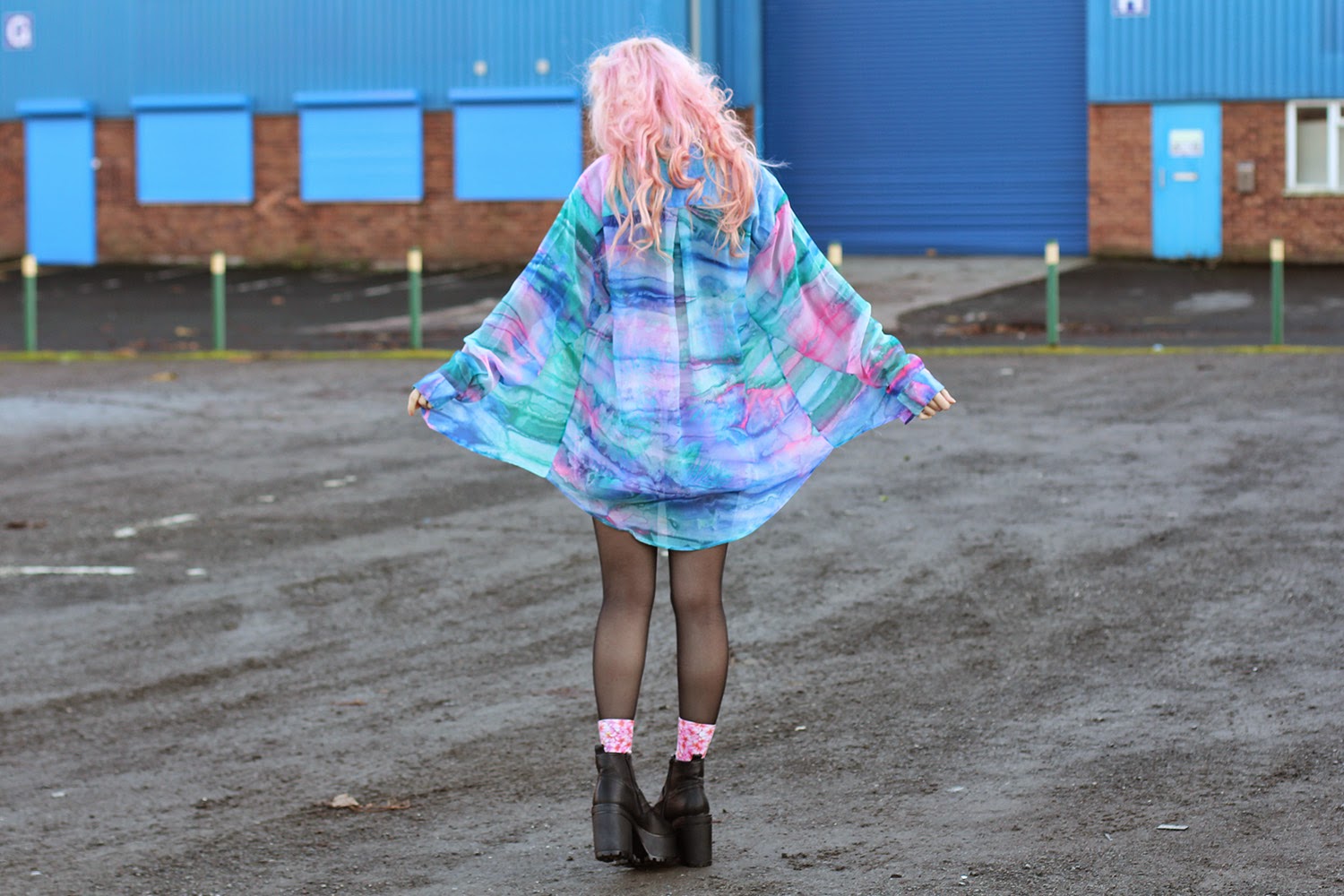 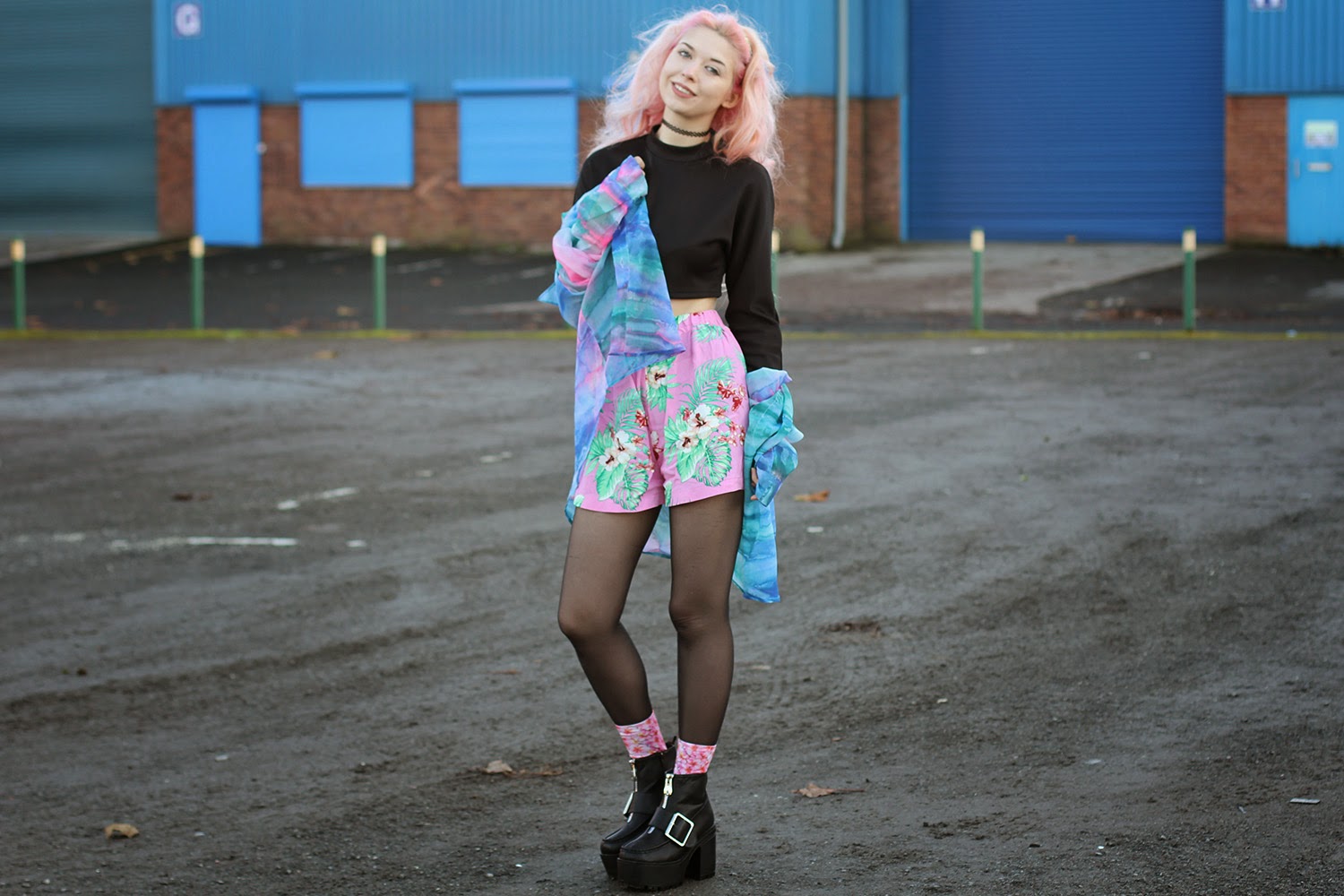 I was trying to go for some kind of cher clueless 90’s style hair here with my multicoloured metallic hairband (which I’ve had since I was 5) pushing my hair back and then pulling it forward a little so it has that kinda cute bump at the front. For some reason I curled my hair so its not very Cher from clueless but oh well I think its kinda cute so I might do it like this again sometime!

I’ve had this rainbow shirt for almost five years now, I bought it on my 17th birthday, it was really expensive (I say that, it was £45) but its still my favourite shirt so I don’t wear it much as I don’t want it to ruin it. I’m scared that if I put it in the wash loads it will fade and then it wont be as pretty, so I try to avoid wearing it 🙁 The fabric is really interesting, its like chiffon but its really structured and feels kinda crunchy!!

Finally, I know I always seem to be wearing PD shoes like the Sharnie boots I’m wearing in this look, and a few weeks ago I tweeted them saying “PD need to come out with thigh high versions of the original cleated heel boots everyones been obsessed with this year” Thinking nothing would ever come of it, and guess what, on Friday they launched the new thigh high cleated heel platform boots called the Kayla boots!!! Oh my god!! *jumps around excitedly* I neeeed them, in every colour (Red/ Black)!! 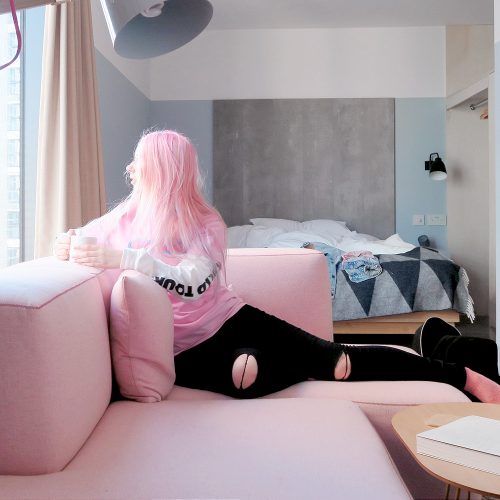 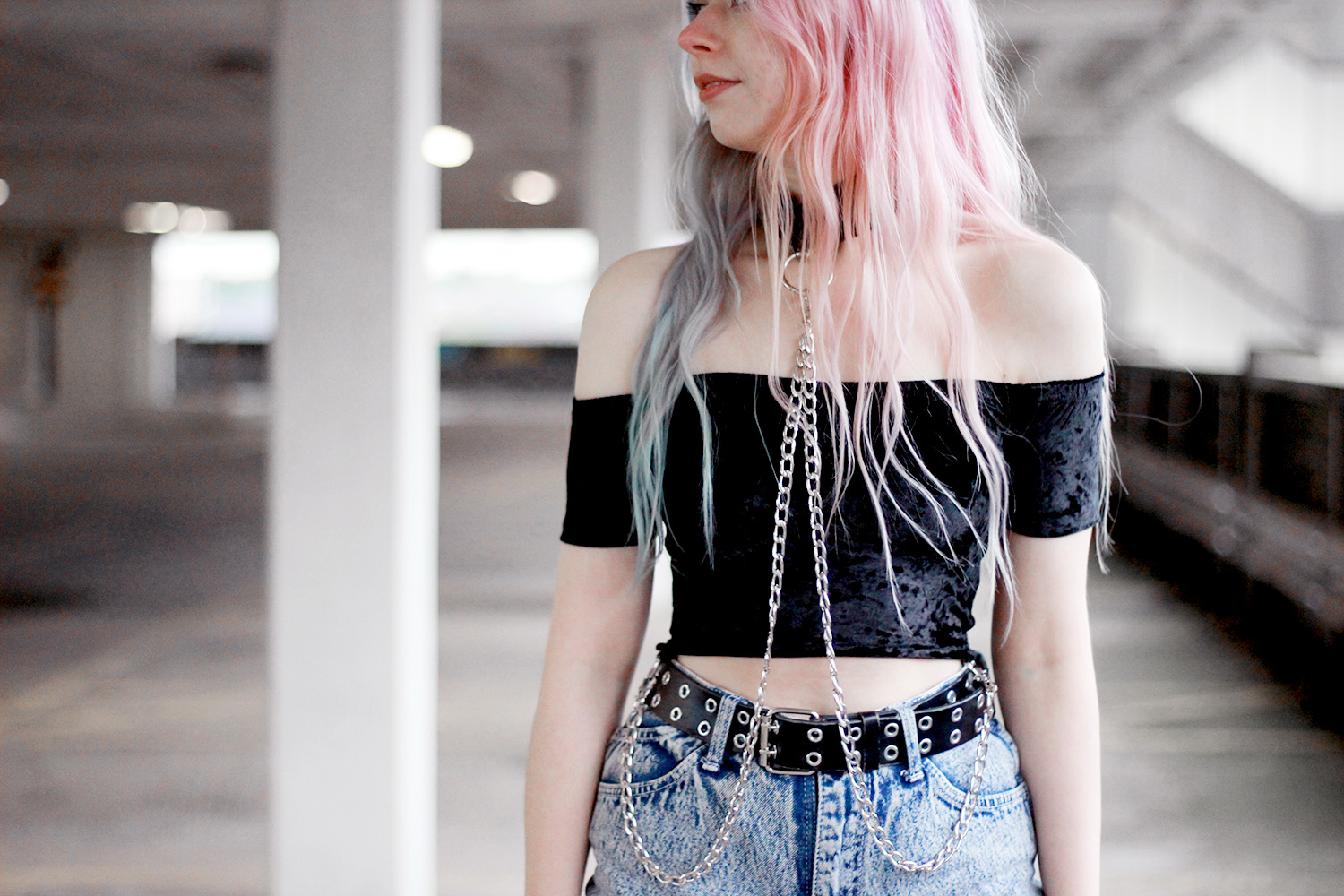 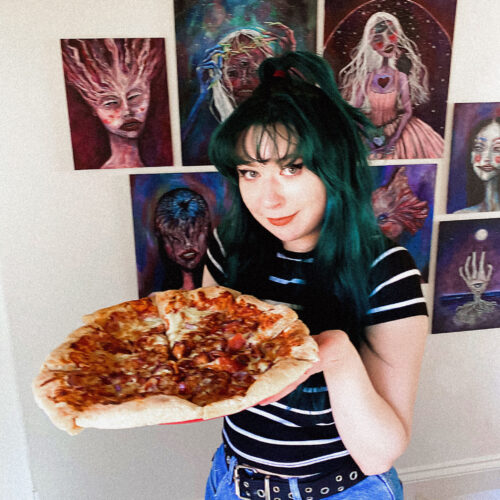 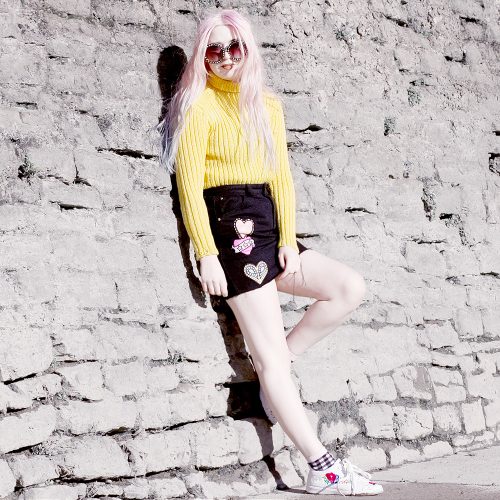 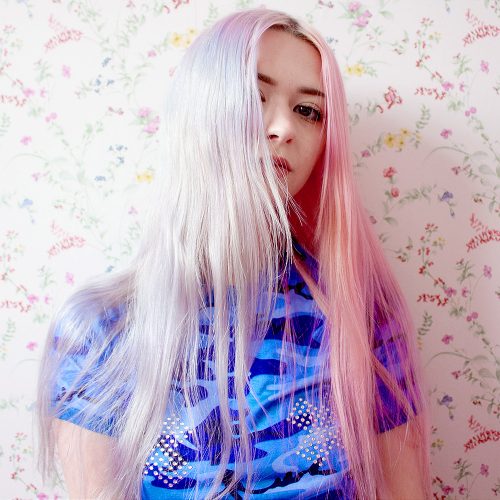