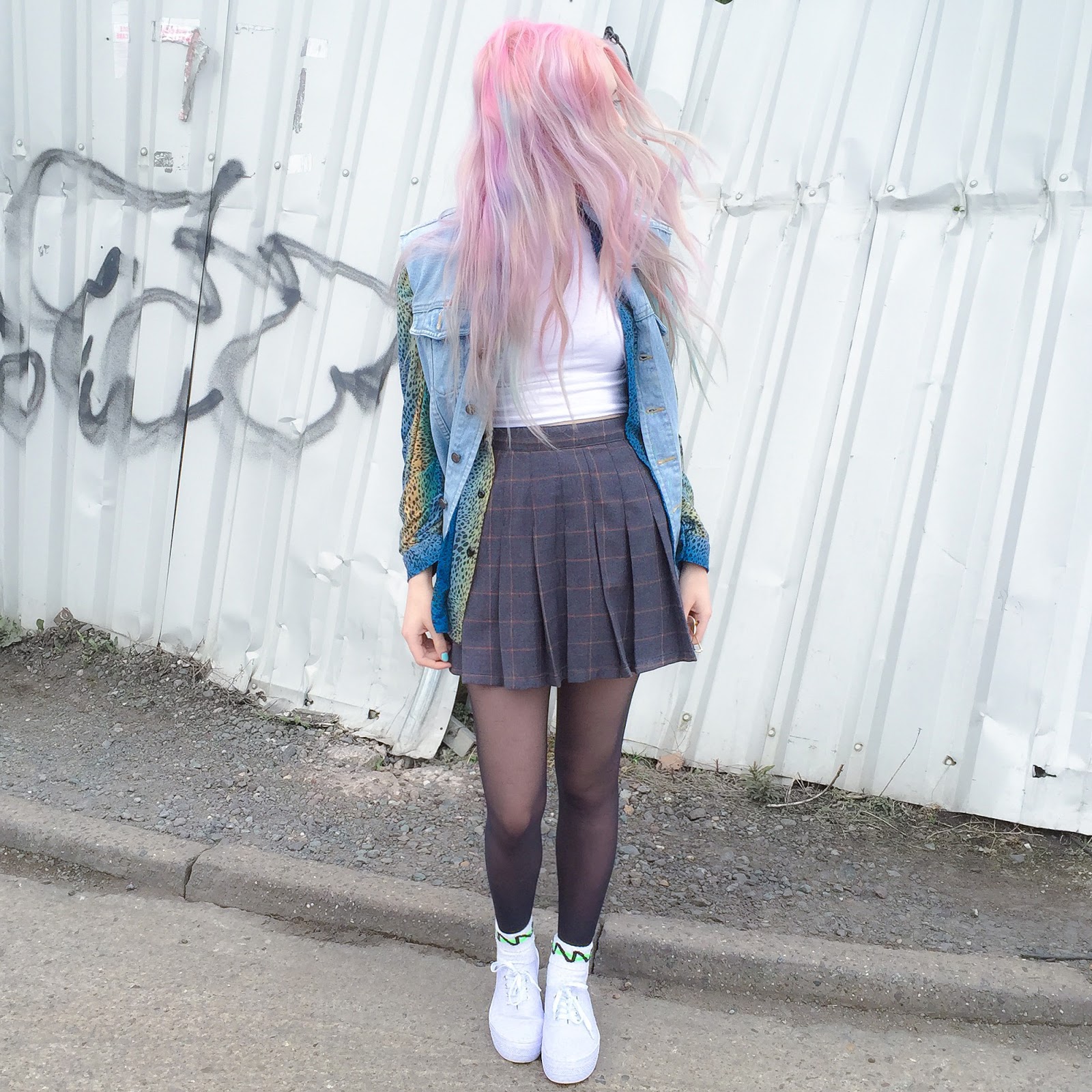 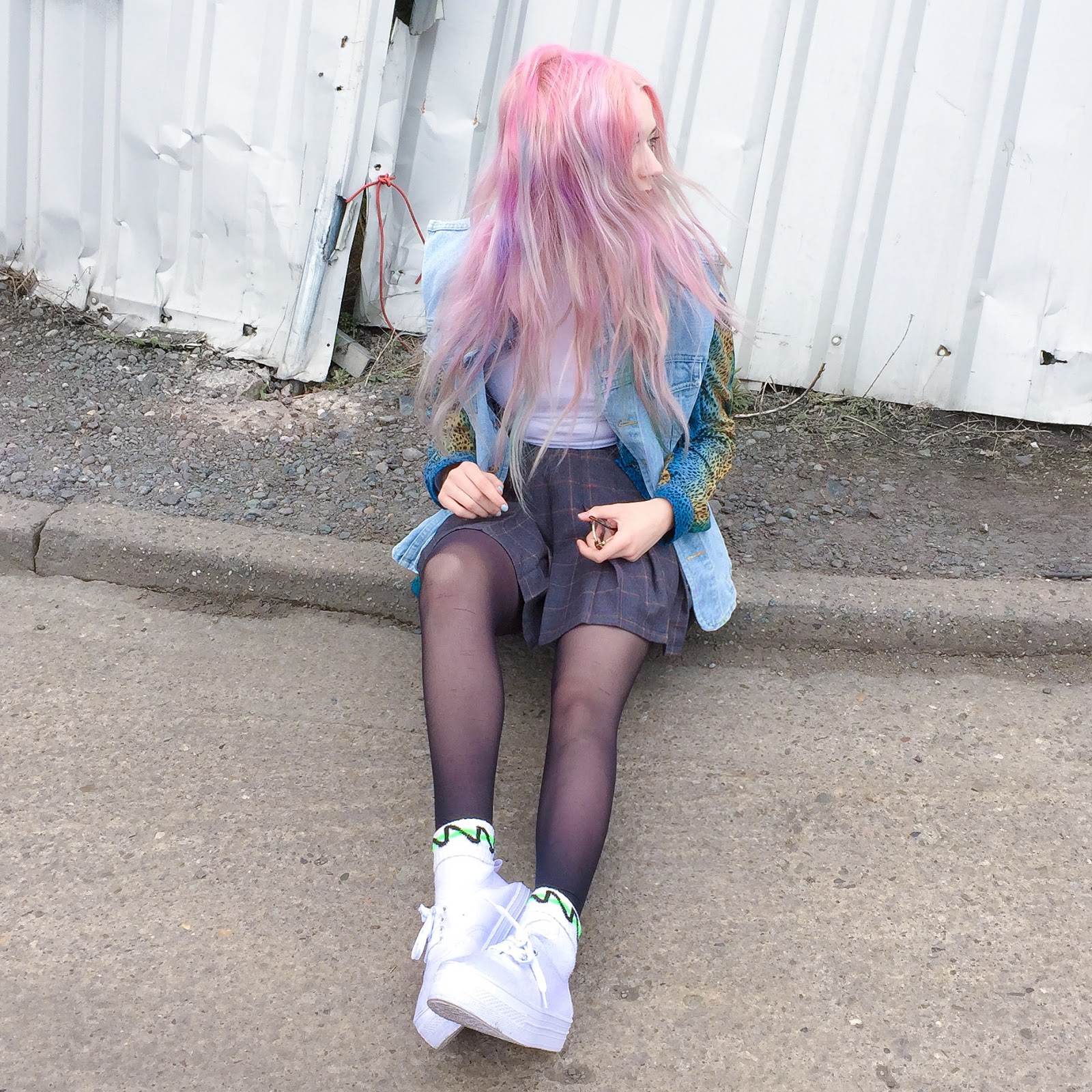 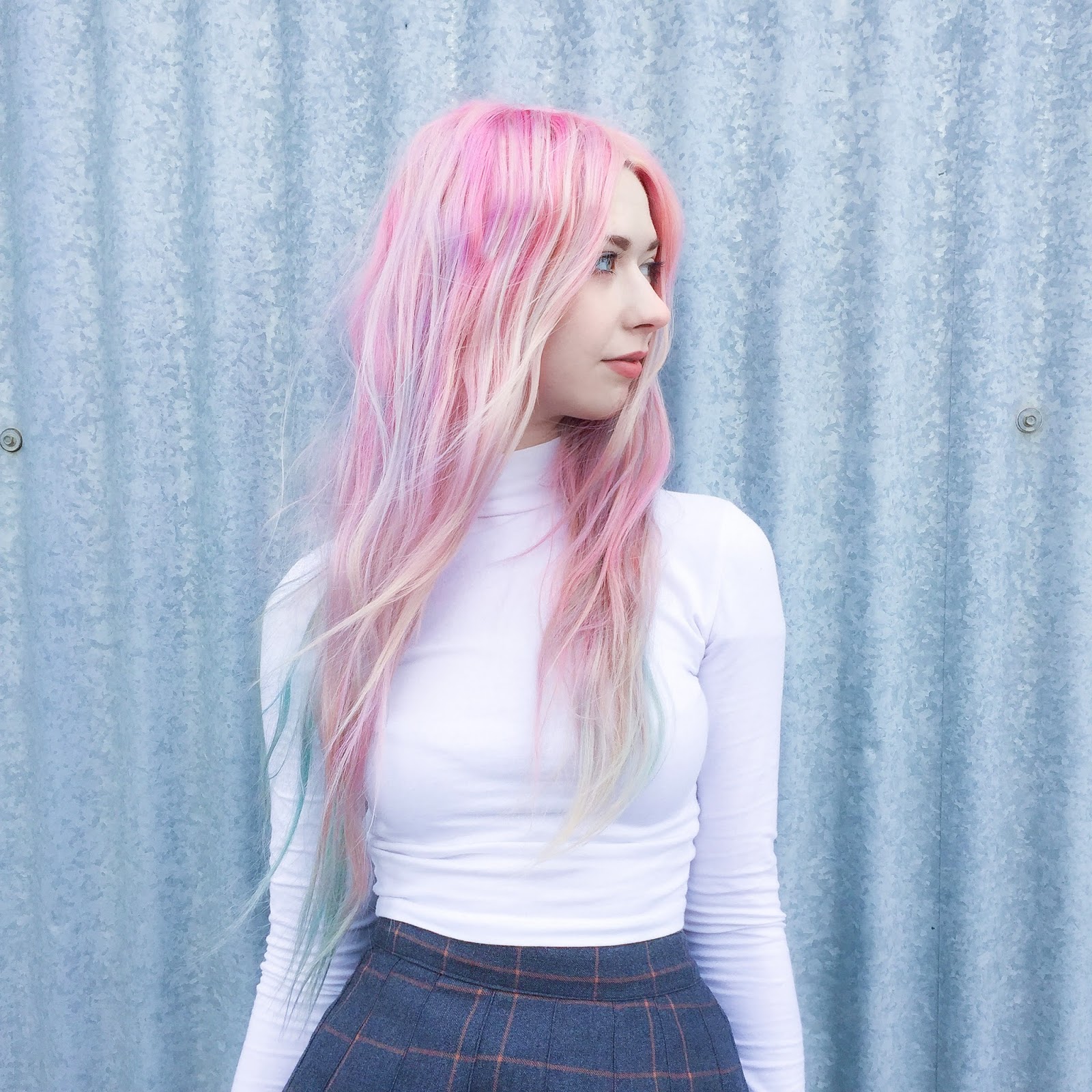 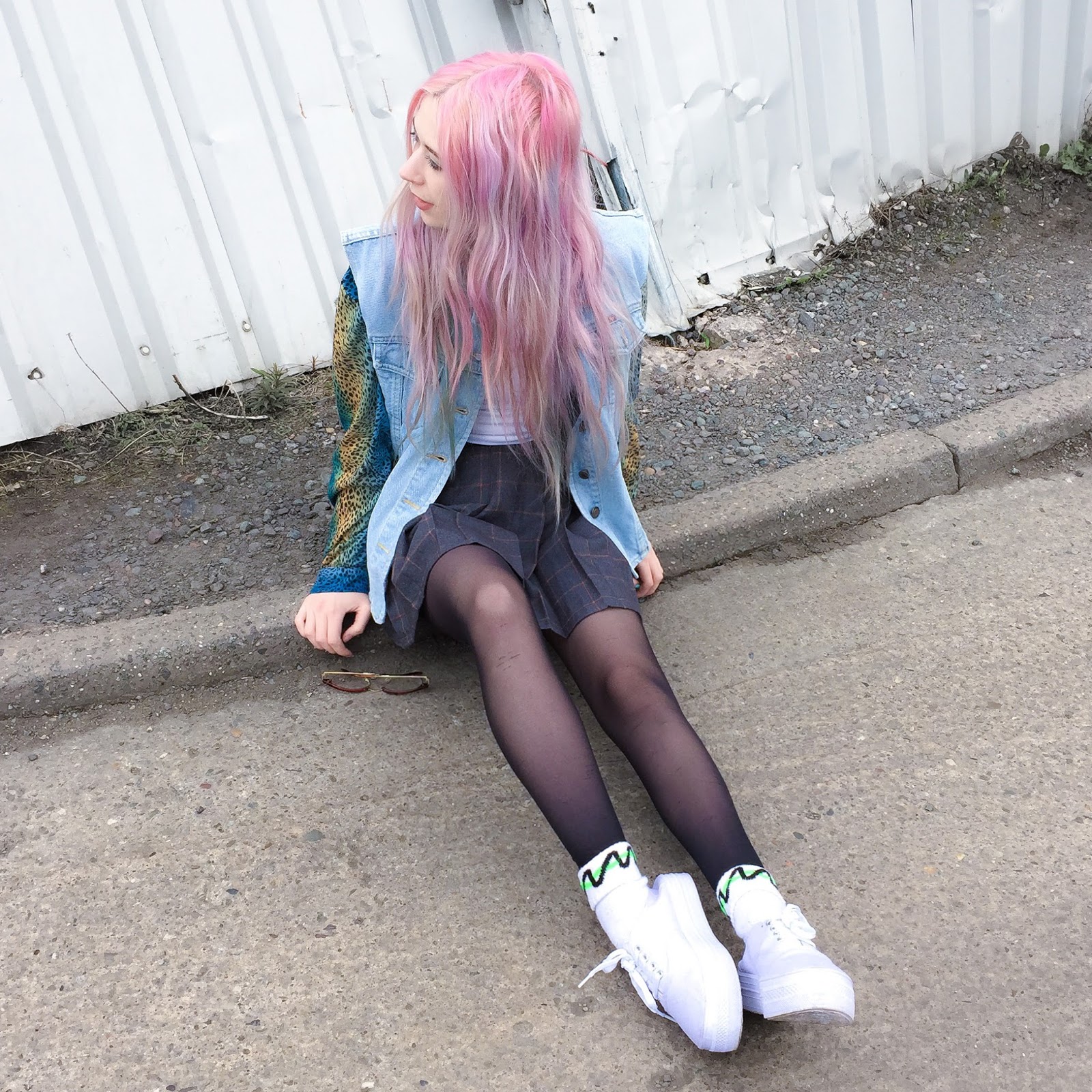 I was in two minds about this skirt as its a weird dark grey colour and the lines on it are organge?? but after wearing it yesterday for the second time I’ve decided I quite like it!! I also managed to find it on the Glamorous website!!!! (I thought it had gone out of stock) its actually reduced to £12 now which is so good compared to the American Apparel versions, and it feels pretty well made too. Unfortunately on my other Glamorous skirt some of the pleats have started to rip (sigh) but its made out of a different material which I guess isn’t as durable.

I also find myself wearing this white top an awful lot, along with various other white crop tops. I feel like I want to be a 90s Calvin Klein advert, but theres only so many white tops and mom jeans that I can invest in before my room looks like its preparing for a CK shoot so maybe I should stop buying them… haha… saying this yesterday I went to the charity shops and bought three more denim jackets/ shirts.

The lady in Compton Hospice was incredibly rude, she wouldn’t let me buy a Levi’s jacket for the price it said on the tag, or the other price which was on the rail where I picked it up from, which (I’d like to remind the lady at Compton Hospice) is illegal. When I questioned the price on the tag compared to what she charged me she then held up the jacket and showed it to me and said “yes but this is a jacket” like, really??? Oh my god I wasn’t aware of what a jacket is, never before have I seen a jacket, thank you for educating me. I ended up paying the full price because it was pretty, sigh. Now I don’t want to go back in there.

YOUR NIGHTMARE COMES TO LIFE 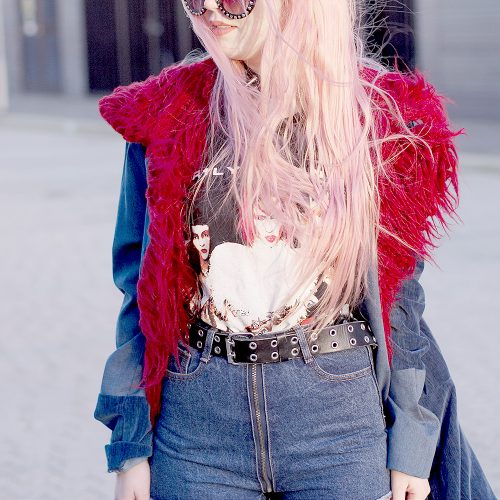